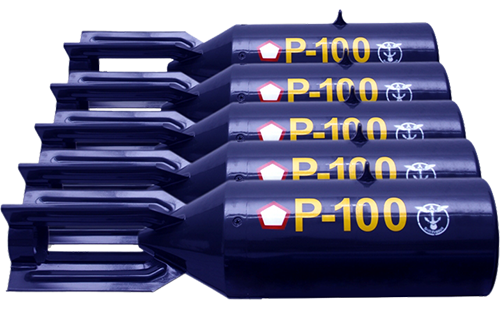 Bomb P-100 Practice is used for practice bombing during the day. The bombs are used to exercise the precision bombing, practice area bombing and to train the personnel in preparing the bomb on the aircraft. The bomb can be used on both Russian and NATO Aircraft.