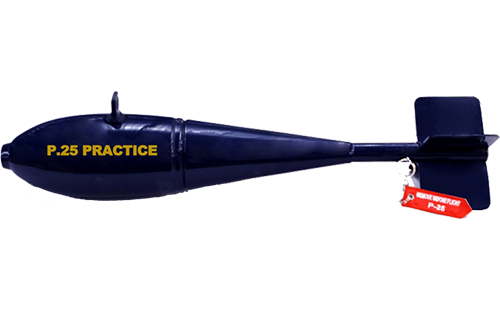 Bomb P-25 Practice is used for practice bombing during the day. The bombs are used to exercise the precision bombing, practice area bombing and to train the personnel in preparing the bomb on the aircraft. Smoke comes out upon impact to mark the spot that it has hit. The bomb is very easy to use as it does need a fuze. The bomb is used by NATO Aircraft.