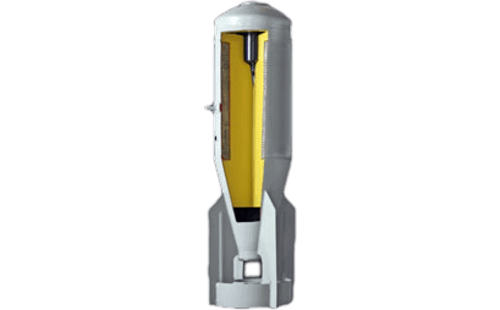 This aircraft bomb is effective against personnel in open terrain and motorized infantry at the reserves concentration base on the march or in battle array. It is filled with fragments and powerful explosive compositions on the base of TNT/RDX.

The design of this aircraft bomb provides for better fragments distribution in the fragments flight area and high density of the fragmentation zone within the lethal range as compared to general-purpose ammunitions.

The bomb can be carried on aircrafts with one-point suspension bomb rack or on 14″ NATO standard suspension systems, using the corresponding fuze type.