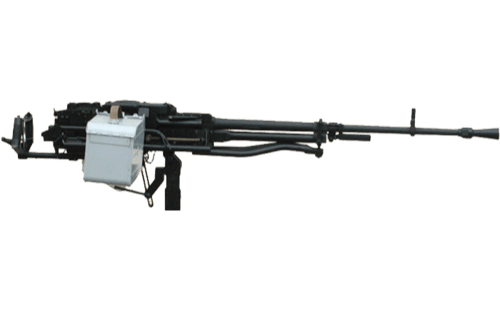 Machine Gun M07 – vehicle version has a cradle set on a Post mount. It has lever mechanism for guidance and triggering. These are primary assemblies that provide accurate fire.

The Primary purpose of Machine Gun M07 Vehicle version is neutralizing and destruction of living force and light-armored vehicles on ground, on water, at distances up to 2000 m.

It can be used for action at air targets as well. The machine gun is fixed to the vehicle, aircraft or any other transport means through the Post mount. Aiming is done with front and rear iron sights. It functions without stoppages in all environments.

During the fire, cartridge cases are ejected forward, which increases the safety of the shooter and the people near him. When conditions are extreme, the position of gas flow regulator can provide an adequate gas flow, so the light machine gun will always function reliably.